You can feel the groundswell in the legal cannabis industry. Not only are the medical benefits of cannabis the topic of conversation almost everywhere – now corporate America is diving in with both feet. 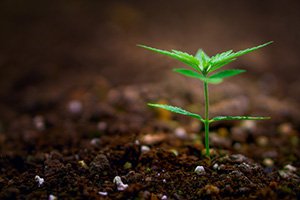 You’ve read about this several times here on Money Morning – and for good reason. Money Morning Defense and Tech Specialist Michael A. Robinson has been talking about the unstoppable trend heading this way for quite some time. And now with legalization in big markets like California and the nation of Canada, the profit potential is becoming enormous.

Arcview Market Research expects spending on legal marijuana to soar nearly 250% in the next five years.

Must See: Four Stocks That Could Make Investors Millions in Election Years Like This One

And now, one of the biggest catalysts for cannabis stocks is coming from the alcohol industry…

That’s why “mainstream” beverage companies like Constellation Brands Inc. (NYSE: STZ) are investing heavily in the sector. In fact, the company announced it would spend $3.8 billion to increase its stake in Canopy Growth Corp. (Nasdaq: CGC) to 38%.

Constellation is a global beverage powerhouse with household names like Corona beer, Robert Mondavi wines, and Svedka vodka, among others. You might think that cannabis would compete with alcohol for market share, but they are really complementary areas. Both industries serve similar needs, and both face heavy regulation and scrutiny.

According to Deloitte, 60% of likely recreational cannabis customers won’t smoke marijuana, but instead will consume it via novel products such as edibles… and beverages.

Indeed, Constellation is so convinced of this synergy that it made big investments in it already. And it would be the only company to do it.

The Boom Is Here For Cannabis Stocks

Back in early August, Robinson told his readers that Constellation could double in the coming months. Its holdings in Canopy Growth are doing their share as that stock, even with this week’s pullback, is up 66% from its August low.

Here’s the kicker. Constellation has warrants to buy more Canopy shares, bringing its potential total holdings to as much as 50% over the next three years.

Constellation is not the only one of its peers investing in cannabis. Big Alcohol is coming for it in a significant way.

Investors should rightly question how this can be a wise investment when marijuana is still not legal on the federal level. The answer goes back to the wave and unstoppable trend. Legalization is spreading throughout the states, and voters across the country will demand the feds get with the program.

It’s going to mean a mint for your portfolio, too, as company after company sees its profits explode higher when full legalization finally arrives. And that does not even include the influence of Big Alcohol and other acquirers swooping in before the sector really starts to take off.

Robinson put together a list of stocks he thinks will ride this trend higher – much higher – thanks to the spread of legalization on the state level.

Keep in mind that revolutionary new industries do carry some risks, but a portfolio of cannabis stocks is more than likely to produce a few big winners. And when we say big, we mean windfall big.

Marijuana stocks surged up to rare 12,400% gains in the last election year.

But this veteran analyst has unveiled 16 reasons why cannabis stocks will make investors incredibly rich in the election year of 2018.

Four cannabis stocks could be destined to post the greatest profits in 2018. Learn more here in this FREE video…