Last week was a rough one for the price of gold, and you don’t have to look far to figure out why. 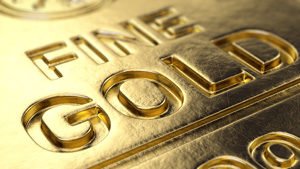 Of course, gold prices reacted as expected, selling off hard as Treasury yields and the dollar jumped.

But an end to this gold price correction may be near, and I’ll tell you why. In fact, what was old support may soon become the new resistance for the dollar.

Before I show you the technicals that indicate a coming rally, here’s how the price of gold is trending now…

How the Price of Gold Is Trending This Week

Gold was doing just fine on Monday, May 14, bouncing along around $1,320, until the dollar began a rally that would take it through the entire week. The DXY bottomed at midday around 92.25, then consistently climbed through to Friday, when it reached 93.70 by late afternoon.

$25 Billion in UNDERPAID Social Security Benefits: You could be eligible to collect as much as a $23,441 lump-sum check from the Social Security Administration – recent audits by the Office of the Inspector General reveal tens of thousands underpaid. Click here to learn about what’s going on.

Here are the DXY and S&P 500 for perspective last week. 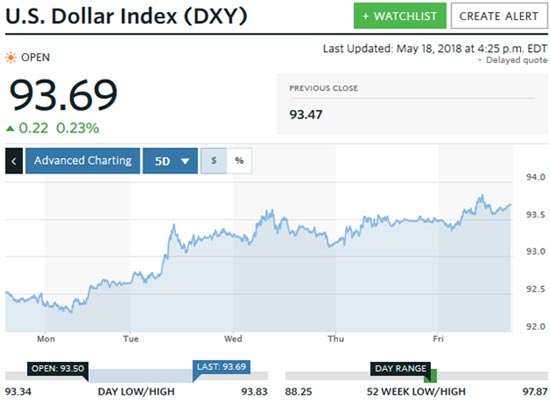 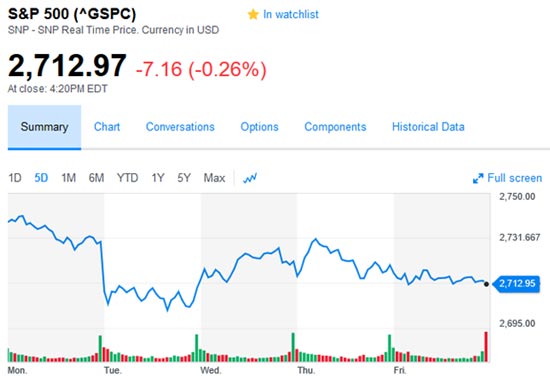 So given how bonds, the dollar, and gold reacted, let’s look at some related charts to see if we can glean some sense of what may lie ahead. 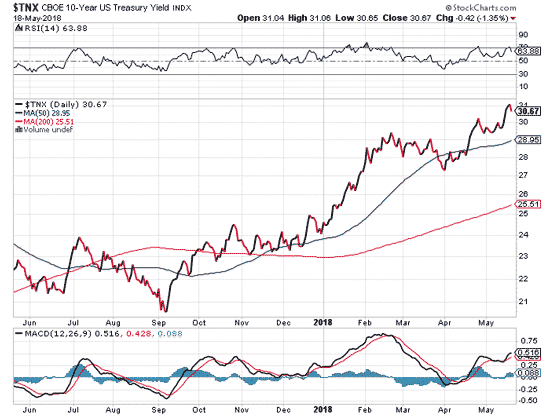 You can see the push by the 10-year yield in the past month would be a challenge for gold.

Ditto for the 30-year yield. 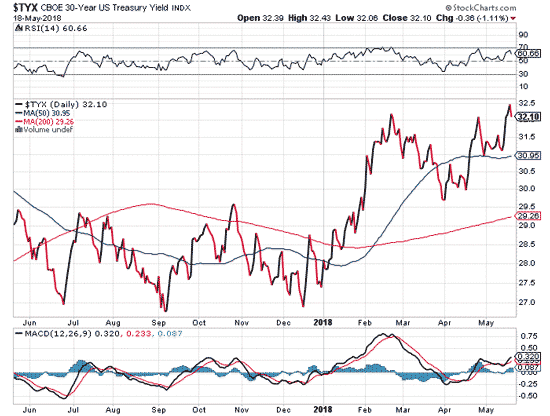 Both of these have enjoyed tremendous rises since the start of the year. A pause at this point would certainly not surprise me.

As for the dollar, the upward action has been concentrated in the last month. 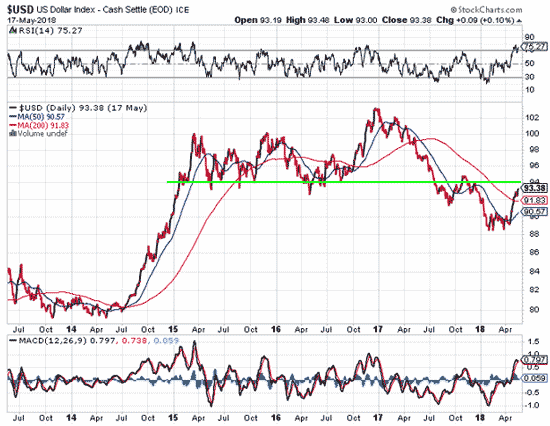 Here, however, we’re seeing the dollar having spent about three weeks at or near overbought levels.  Of course, the dollar could push higher after losing so much to other currencies since the outset of 2017.

But as the DXY approaches 94, remember that was its support level for much of 2015 and 2016.  The strong rally of the past month is a whopping 5.3%; a gigantic move for the world’s reserve currency. 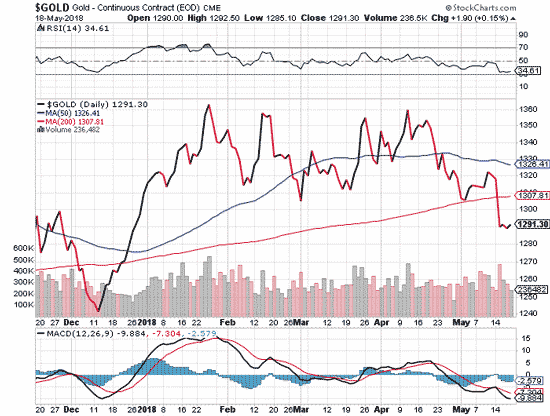 While gold could become more oversold before bouncing, the last time its RSI indicator was this low was mid-December. And it rallied by over $120, or nearly 10%, at the time.

I’m not saying that’s a certainty, but it’s a possibility. If you look at the last two times gold dropped below its 200-day moving average, it didn’t stay there for long. 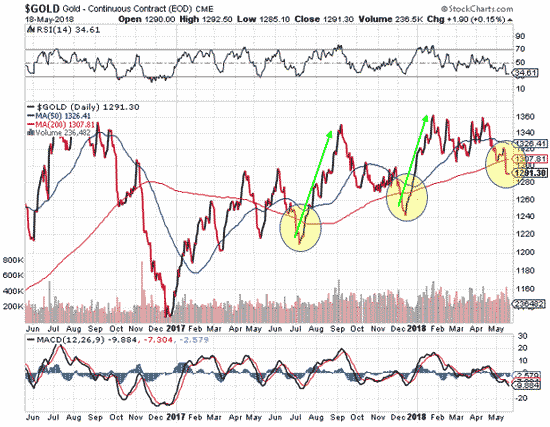 As for the latest Commitments of Traders report, large speculators are near one of their smallest net-long positions since January 2017. That’s a great contrarian indicator that sentiment is bottoming out.

Consider that a 10% rally would pull gold up to about the $1,400 level, a threshold I’ve been expecting gold could challenge by this summer.

This extraordinary, money-doubling strategy has the power to profoundly impact your financial future.

← BTC Prices Fall Under $8,000 as Consensus 2018 Conference Ends
Here’s My Newest Target for the Price of Silver →