The biggest event in the history of cannabis is unfolding as we speak, and this could be the best chance you’ll ever have to make millions from legal marijuana…

You see, Canada is in the process of legalizing weed, and that’s opening the floodgates for billions of dollars to flow into the industry.

On June 19, the Canadian Senate voted to legalize recreational marijuana use. By Oct. 17, Canadian Prime Minister Justin Trudeau wants recreational sales to start, according to CBS.

And when changes to marijuana laws are in the air, pot stocks soar… 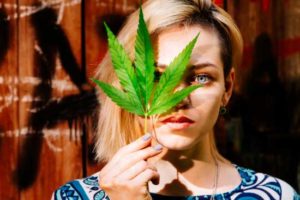 That same year, companies like Green Cures & Botanical Distribution Inc. (OTCMKTS: GRCU) went from a penny a share to more than $5.30.

Think about that for a second…

And thanks to historic legalization in Canada, you’re getting another shot at finding potential returns just like that…

Canada Will Become the Epicenter of the Legal Marijuana Market

In 2016, Canadians spent an estimated $5.13 billion on black market marijuana.

That means Canadians spent $138 on marijuana for every man, woman, child, and infant in the country.

That’s more per person than the United States.

And it’s more than Canadians spend on hard liquor, even though liquor is legal and marijuana is not.

When Canada’s new law goes into effect, it has the potential to create gains of 4,000% to 46,000% as billions of dollars pour into the small companies at the center of the industry.

Here’s how to get in early…

Well, according to some estimates, by 2027, 40% of legal marijuana in the world will be sold in Canada to Canadians.

That’s why Canada is the heart of the worldwide cannabis industry.

With recreational marijuana now on the books, this is the best investment opportunity we have ever seen.

Which is why we need to act now.

Because there’s already a $5 billion a year market for illegal pot in Canada.

As soon as the law goes into effect, just weeks from now, you’re talking about billions of dollars pouring into legitimate companies overnight.

Which is nothing like we’ve ever seen in our lifetime.

Normally, when you see investments that have the potential to return 4,000% – 46,000% over time, you’re talking about incredibly risky ideas.

It’s a new drug that may or may not get clearance from the FDA, or it’s an unproven piece of technology that’s taking a huge swing for the fences…

But that’s not what you have here.

Frankly, this opportunity is too good to last.

Eventually, Wall Street is going to wake up.

And once that happens, the opportunity is gone for everyday investors.